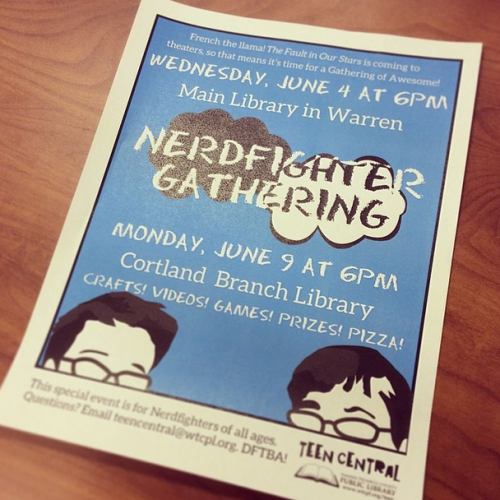 TFIOS has come & gone, and it was just fantastic, was it not? My teens are still raving about it. To celebrate the movie’s premiere, we held a Nerdfighter Gathering, and it was so, so much nerdy fun.

What’d we do?
– YouTube playlist of a variety of TFIOS stuff & classic Vlogbrother videos
– Hanklerfish hot potato; the kids got SO into this it was hilarious. The prize was just a fun size bag of plain M&Ms! I think we did it six times, to A Song about an Anglerfish.
– Book charms!
– TFIOS/Okay bracelets & keychains
– TFIOS cloud t-shirts
– Nerdfighter pins
– Prizes of print outs of various Nerdfighter art
– Pizza! It’s always the answer.
– NO EDGE four-square, which was especially fun because most of them had never even heard of it!
– Pin the Glasses on John Green (you might have seen it on Tumblr. John Green basically made my life by reblogging it to his own Tumblr; aaaaaah.)

To be honest, a lot of this stuff must sound like nonsense if you’re not pretty familiar with Nerdfighteria, but it was basically the highlight of my teen librarian experience. To get to be so nerdy with something I love so dearly was just so great. Here are some more pictures of the event in action! 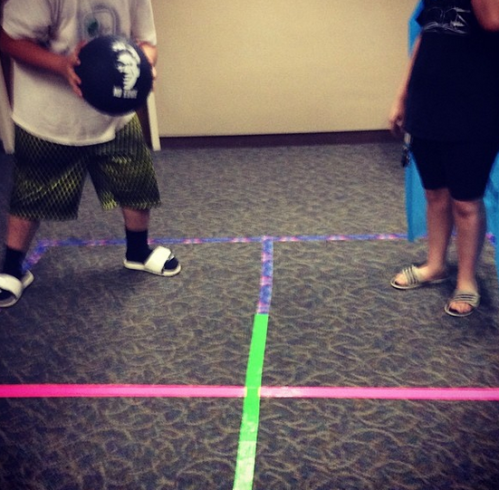